Recently I've been asked about how to make a Tetra-Pod with Dynamo. After I created one, I felt it's a quite simple but good example of using geometrical construction in Dynamo, so I'm posting about it. 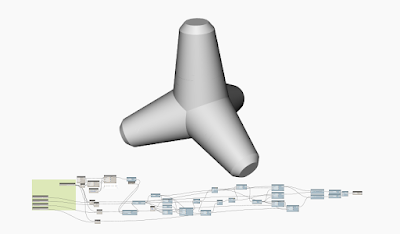 Actually, I've already posted about creating five types of regular polyhedrons a few years ago.(You can read the post here) I've used math to find each necessary angles at the post. This time, I didn't use any math calculations to find angles. Only pure geometrical methods were used instead. Geometrical constructions are useful especially when you want to avoid errors of float numbers.

RegularPolygon node can be used for creating a regular triangle, but I got one by geometrical method which is just like using a compass on a drafting board. 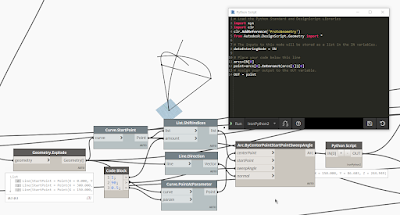 The top apex can be found from intersect between arcs which has center points at each mid point of base lines and radius from the height of base triangle. Two of three arcs were used to find it. Now, all four apexes are found.
3. Get the rest of the edges, and find the center point of the tetrahedron. 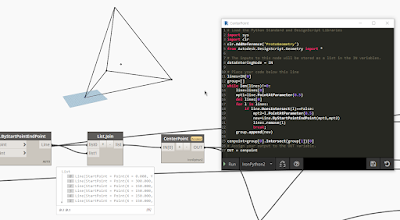 Create the rest of the three edges. Center point of the tetrahedron can be found from intersecting between lines which are across mid points of edge lines facing each other. A simple python code is written for it.
4. Get frames. 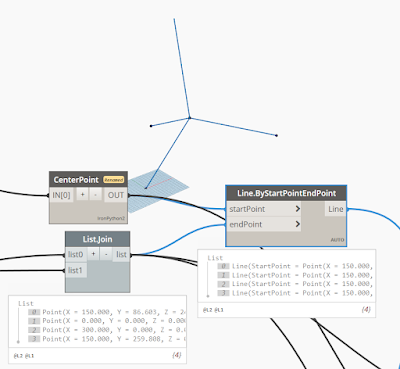 Four lines which connect between center point and each apexes can be found. They are four legs of a Tetra-Pod.
5. Create circles for loft 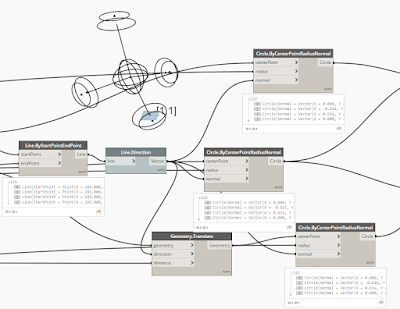 Three circles are necessary for each leg to make solid geometries by loft. Each radius of circles is directly proportional with the base length at the beginning. 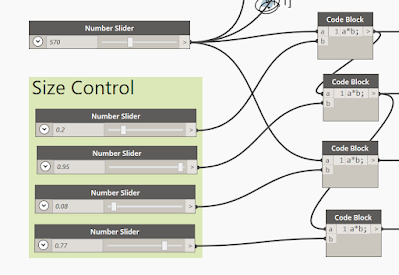 6. Generate a solid by loft.
A few Solids can be generated using loft from circles. And use Union. 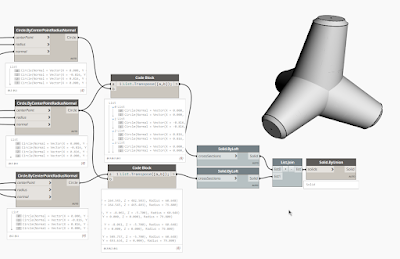 Now, a fine accurate Tetra-Pod geometry is generated without any complicated math.
Again, the above is not the fastest way to get the geometry. Using math is faster in most cases. But it would be a good example for practicing geometrical approach in Dynamo.
You can build your own graph or just use mine.
Enjoy :)
--------------------------------
Update.
This is about how to make a natural scene with Tetra-Pod.
https://youtu.be/kI2qnQWxjbA 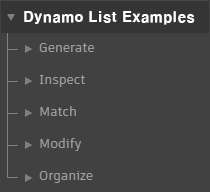